Skip to Main Content
It looks like you're using Internet Explorer 11 or older. This website works best with modern browsers such as the latest versions of Chrome, Firefox, Safari, and Edge. If you continue with this browser, you may see unexpected results.

This guide will give you examples and templates for citing your research sources. You will find many citation styles as well as resource types in these guides. 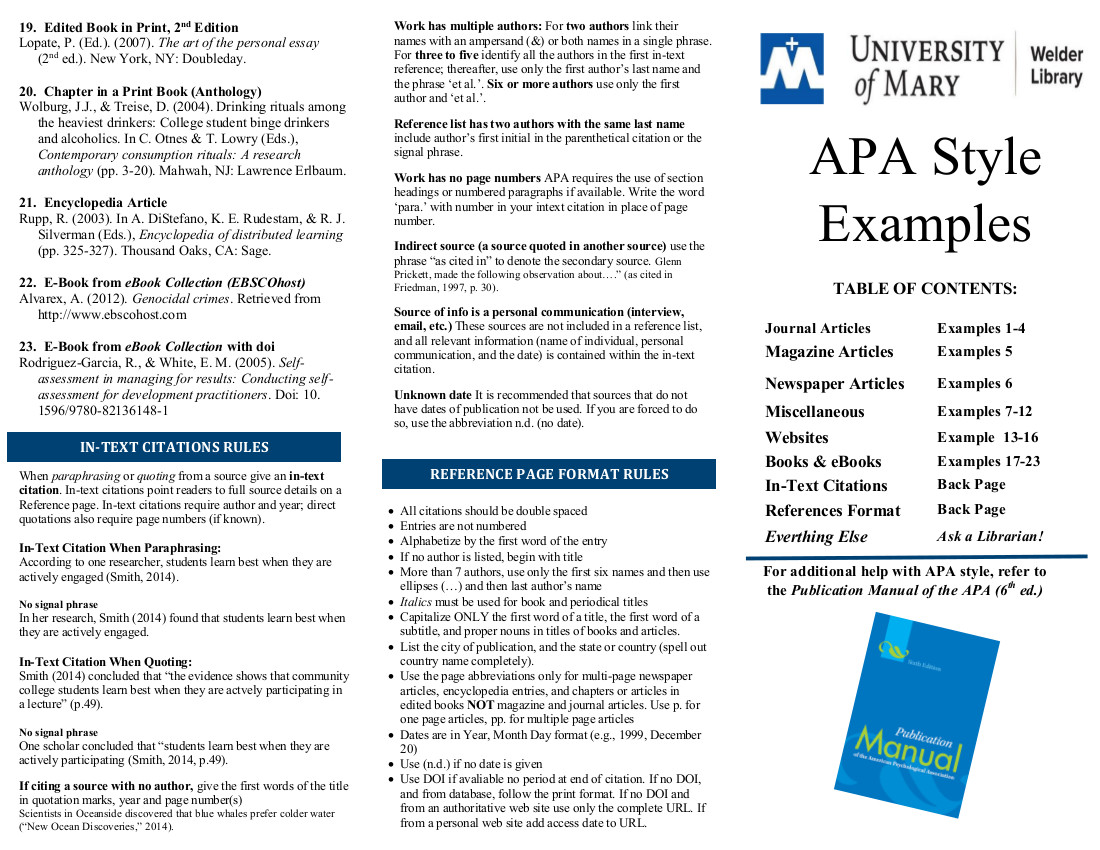 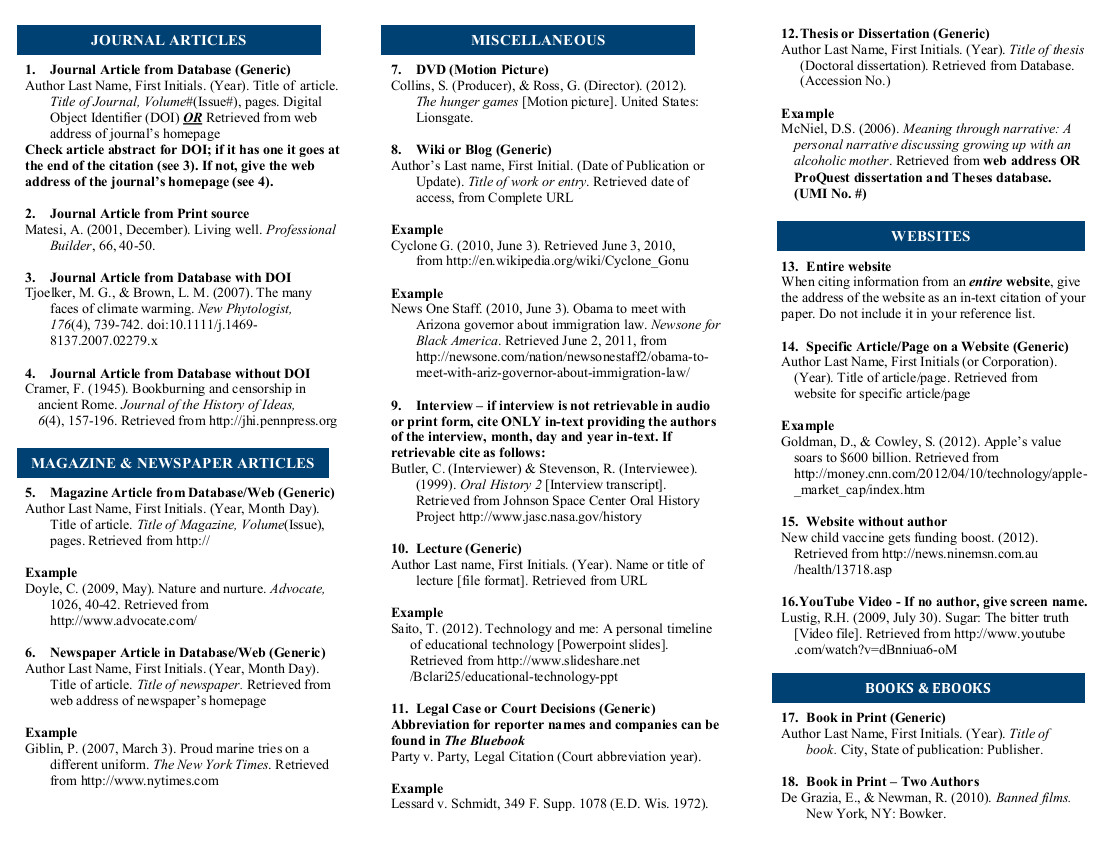 Unlike many APA Style references, you don't need to know the author's name to write a basic reference for court decisions.

Parts of the Reference:

Case Name: Name v. Name
Use names in the order they appear on the court decision. Abbreviate the word versus as v. in case names. This is an exception to the usual APA Style rule for abbreviating versus. Other abbreviations for terms used in case names can be found in The Bluebook: A Uniform System of Citation.

Decision Source: Volume Source Page
Court decisions will often be found in volumes called case reporters. These make up the second part of the reference. Abbreviate the name of the reporter as shown in The Bluebook. You may find the abbreviated name in the running head of the book or offical web pages of the reporter.

Reference Variations and Exceptions
Court cases can have long, complex histories that require more information than what a basic reference format can convey. Some examples are multiple courts and court dates; sources that are other than a primary case reporter; explanatory information such as a note on overruled, reversed, or affirmed decisions or slip opinions. Appendix 7.1 of the APA Publication Manual (p. 218) shows reference examples for these reference variations.